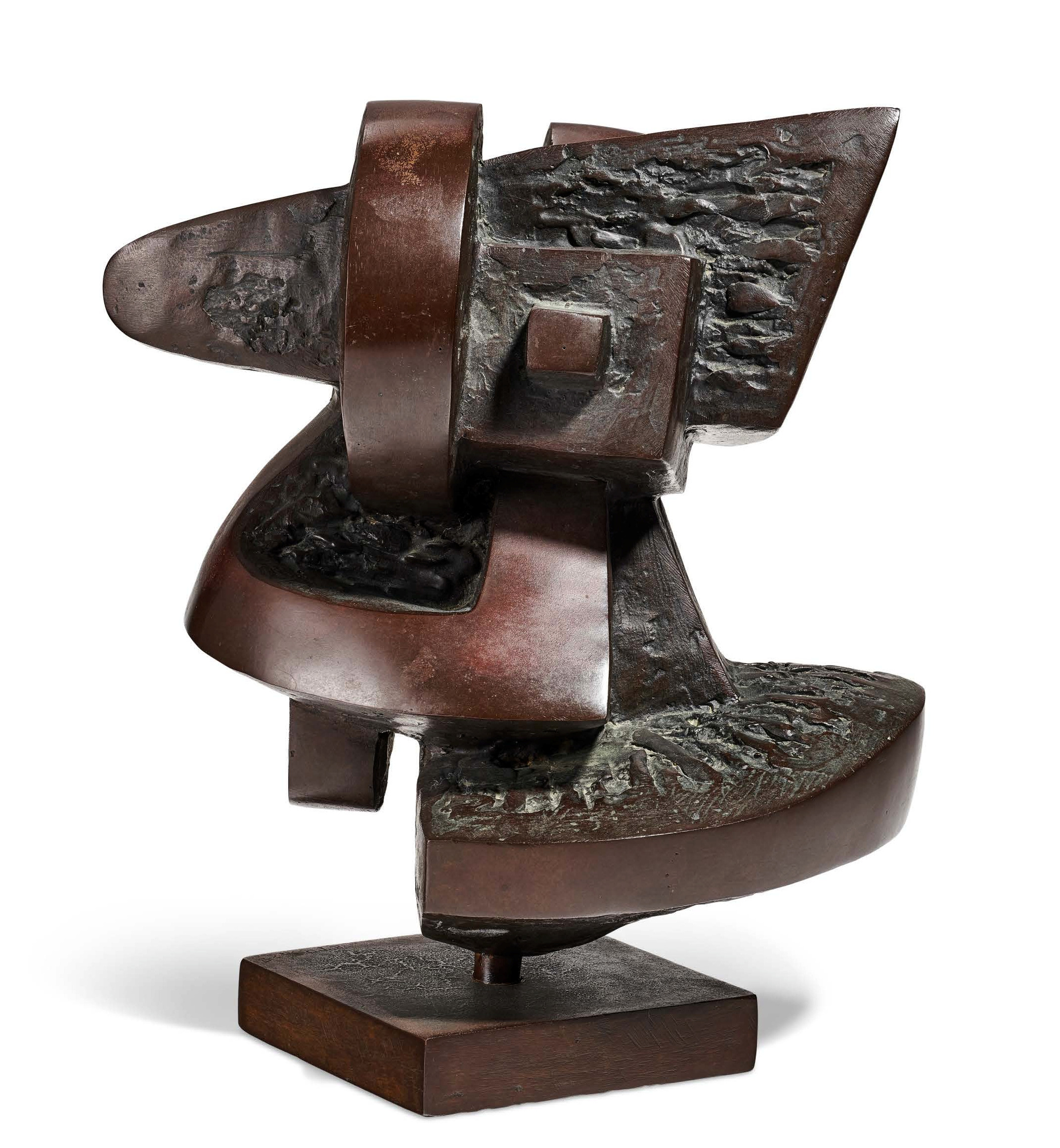 “Hasidic Head, considering the artist’s experience was an incredibly mature and successful accomplishment. It boasts a commanding presence disproportionate to its relatively small size. Thoroughly three-dimensional, it is equally satisfactory from all sides.”
William Withrow (1926-2018) Director of the Art Gallery of Ontario, 1961-1991.

Sorel Etrog is a Romanian-born Canadian artist, writer, and philosopher best known for his work as a sculptor. Born in Romania, in 1933, Sorel Etrog’s formal art training began in 1945. In 1950, his family immigrated to Israel, where beginning in 1953 he studied at the Institute of Painting and Sculpture in Tel Aviv. His first solo exhibition in Tel Aviv in 1958 earned him a scholarship at the Brooklyn Museum of Art in New York. In 1959, a meeting with Toronto art collector Samuel Zacks led to Etrog’s first Canadian solo exhibition, at Gallery Moos in Toronto. Leaving New York for Toronto in 1963, Etrog became a Canadian citizen and was one of three artists representing Canada at the 1966 Venice Biennale.

Since the late 1950s, Etrog’s work has been exhibited extensively in solo and group exhibitions across Canada and internationally.

Etrog’s work is represented in major capitals and cities of the world. Etrog has received several important commissions, including those for Expo 67, Montreal; SunLife Centre, Toronto; Windsor Sculpture Garden, Windsor, Ontario; Los Angeles County Museum, and Olympic Park in Seoul Korea. In 1968 Etrog was commissioned to design the Canadian Film Award that was originally named the Etrog and later renamed the Genie.

Sorel Etrog is also known for his writings and published plays, poetry and non-fiction. Of his many collaborations, the most acclaimed are his book illustrations for Eugene Ionesco and Samuel Beckett in the late 1960s. Etrog and Marshall McLuhan collaborated on the publication Spiral, drawn from Etrog’s film of the same title which was broadcast on CBC television in 1975.

Numerous reviews, articles, monographs and catalogue texts have been written about Etrog, including Pierre Restany’s comprehensive textbook published by Prestel 2001. A major exhibition of Etrog’s paintings and drawing of the 1960s will be exhibited in March 2008 at Buschlen Mowatt Gallery, Vancouver.

Sorel Etrog was appointed a member of the Order of Canada in 1994 and was made a Chevalier of the Ordre des Arts et des Lettres by the Government of France in 1996.

Contact us at canadianart@rogers.com or by phone at 416-774-8575 if you wish to sell
© Copyright 2006. Lynda M. Shearer, The Canadian Art Group. All rights reserved